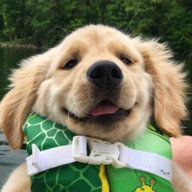 Hello everyone. I'm Silas and I run a youtube channel where I take songs from different artists and remake them into a whole different song featuring other artists, sometimes I turn songs from electronic to acoustic or vice versa. You might think that it sounds like a mashup channel. Well, to some extent, yes, i combine the vocals BUT I make the new instrumentals. Let me get this out of the way and say that I DO NOT MONETIZE ANYTHING. The hard work belongs to the artists and I have no right to do that. I do this out of pure love for music.

I have checked the rules and it doesn't say anything about not being able to post links, however, in case that rule exists and I'm just oga boga, I will not post the youtube link until I get a green light from one of you. So far my content has revolved mostly around BTS, ATEEZ, iKON, DAY6 & GOT7.
EDIT: Channel link is: EM

So now that I'm done with the introduction, I would like to get to the main point of this thread.
Youtube has officially sank my channel and is now not recommending my new videos to anyone nor does it notify most of the subscribers. In the beginning when the quality was worse than it is now, the channel was doing very good, but as quality became better, the amount of traffic became lower until the point of not being able to get past 4k views in a few days sometimes.
Sometimes I would have the luck of getting my video shared on facebook by a relatively big page, which would trigger youtube algorithm to put it in more people's recommended. When this happens, people leave a lot of positive feedback, and share it to the point it reaches more than 500k+ views under a week. I consider the quality of my content to be worthy of that number and I would like nothing more than for people to be able to listen and tell me about the experience. I take my time to read all the comments, no matter if they're good or bad.

So what I'm looking for is one or two people that run or are admins on an active kpop related facebook page and would be able to share the video when it's published on YouTube. Only a 1 time share per video, I'm one for high quality, low quantity, no spam type of content. In exchange, I will include the page link in every video from now on, video descriptions & pinned comment. As I stated before, I do this out of passion and do not monetize anything so I'm a broke boy. Think of it as a friendly partnership. Your share will boost the video into the algorithm's devilish works and will bring in new people to the video, which will more than likely click on the facebook link in the pinned comment. I just want people to be able to listen to what I have to put out there. That would be all. I'm sorry for the long read and I'm sorry if I've broken any unspoken rule.
Last edited: 4 September 2019
Reactions: potato, TwentyOneIzz, Chahee and 2 others

Oh alright then. Thank you! I've added the link. Hopefully won't turn out to be an issue.
Reactions: potato, TwentyOneIzz and JakeyWantsCakey

I don't think we have any overlords of k-pop communities with thousands of users.

Still looking
You must log in or register to reply here.