My mother is driving me crazy. She keeps calling me, but she won't speak.
Expand signature

cosmicyuno said:
My mother is driving me crazy. She keeps calling me, but she won't speak.
Click to expand...

It turns out she handbag dialed me.
Expand signature 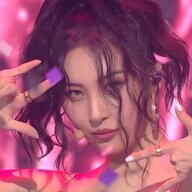 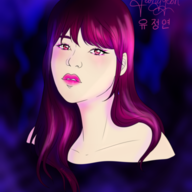 i love izz so much

how are you gonna come back and not even say hi? like what...we were so close and now look at where we are at
Expand signature

i love izz so much

do you even miss me? smh prolly not
Expand signature 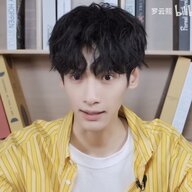 Oh look at meeeee I don’t say the pledge of allegiance look how edgy I am please give me attention because I’m so special and freethinking oh my god fuck America am I right
Expand signature
“It’s not arguing, it’s love” -Taeyong 2019​
Reactions: Uaena, potato and Chahee

No sht Mark looks Korean...he is. Are Canadians supposed to look like unicorns or something? I'm missing something, clearly. (This is my personal opinion) These people look like Koreans visually but I later learned that they were foreigners. 1. NCT Mark 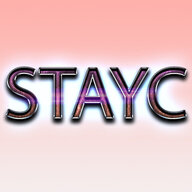 crazy how people use ideology for their befenit and later drop it like whatever...
Expand signature 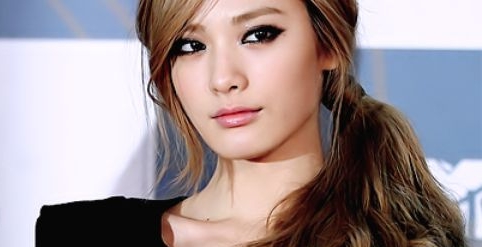 my friend is kinda annoying. he CONSTANTLY feels the need to one-up me. one time i and our friend group were playing a game and i made my character super tall as a joke and he immediately went and made his taller. i introduce him to a game and, within a week, he's explaining things about the game to me as if i don't already know them, acting like some sort of expert as he talks down to me. i try a new thing that he recommends to me and i feel proud of myself for achieving something and he undermines it and says it's nothing special. like stfuuuu omg why does he feel the need to be superior to me on every occasion? he's the type that can't just congratulate someone, he has to congratulate them and brag right after.
Expand signature
STREAM ILLUSION AND WAVE FOR A GOOD SUMMER

I was walking home from school today with some of my friends and there were these younger boys - probably in Year 7 (11-12) - in front of us. There were quite a few of them (around 7 or 8?). They stopped ahead of us and they parted to opposite sides of the pavement. I thought they were being nice and letting us pass at first. But they kept looking at us and I knew they were up to trouble. One of them took out a flower and went on his knee and said 'Will You Marry Me?' in a very mocking tone. Of course we just avoided him while my friend said 'Honey no one would marry you even if you begged'. It was a pretty funny experience overall and I didn't mind much because it tends to happen quite often and we normally take it very lightly.

But then one of them said, no one would marry clapped (ugly) girls like us anyway. It still wasn't such of a big problem and we were willing to just let it slide. But just as we were walking away, one of them said 'Go back to your own country'.

It was extremely insulting and racist as we were all minorities. I just remember gaping in disbelief. Someone saying something like this in 2019? In a developed country? In a part of the city where the minorities are everywhere? Especially from a young boy who has grown up in the Gen Z generation where racism isn't tolerated at all? I just couldn't believe my ears. It still makes me angry.

To those ignorant and racist boys:

So good luck trying to get rid of us.
Expand signature
─── "I don't know, from △ to Z, what love really is" [Love Cherry Motion, Choerry] ───

Whyyyyyyyyyyyyyyy is it so hard to find shirts with sleeves that reach your elbows!!!! I’m not asking for much over here!!!!!
Expand signature
“It’s not arguing, it’s love” -Taeyong 2019​
Reactions: Uaena

if my phone dies im going with it

shouldnt have put it on the toilet seat
Expand signature 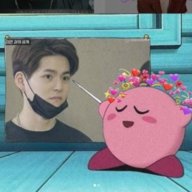 Location
Temple of the Cult of Yoshinori

Someone once told me: Chicas tienen dos labias.
Expand signature 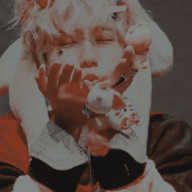 The temperature is too high over here, can't handle it anymore. The paper doesn't even stick to the glue but they stick to my hands I HATE THIS
Expand signature
ARMY ◆ MONBEBE ◆ MIDZY ◆ MOOMOO

School: "we want you to present on monday 9 am!!! PLEASE BE READY!!!"
Also school: You can't put your stuff up at friday, because those presentations will end at 17:00 and the school closes at 18:00. OH and on monday we will open at 8am SO good luck finding time lol my stepfather thinks the fact that he makes dinner justifies the shitty way he treats me. he doesn't even do it because he worries about me and he certainly didn't help raise me either. my mom is the one who spent money on me and actually cares about my social and academic life. he only cooks because, otherwise, my mom would get pissed at him and it shows. when my mom goes out of the country for business trips, he doesn't even bother with dinner. that's literally his only contribution to my life and it's his only argument as to why i should fucking listen to him and respect him when he couldn't give less of a fuck about me, my well-being or how i fucking feel about being mocked by him on a daily basis. respect is mutual motherfucker, earn it. after countless times of being thrown into emotional distress because of him, i've given up on playing nice. idgaf anymore, he can fuck right off. fucking leave me alone you pathetic eggheaded rockstar wannabe. you don't get to do selective parenting. you don't get to ignore me my whole life when it comes to putting in the effort to raise me and then suddenly be a parental figure when you get to tell me to do shit for you. if my mom tells me to do something, i'll gladly do it. but when it's him, and he does it just to piss me off and laugh at me, i can't fucking stand it.
Expand signature
STREAM ILLUSION AND WAVE FOR A GOOD SUMMER

What a disgusting person.

You got me feeling like a psycho psycho​
You must log in or register to reply here.