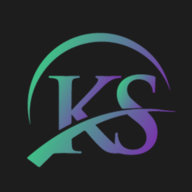 A dark horse remains in the shadows until they find the perfect moment to burst onto the scene and showcase what they have — and OnlyOneOf seems to be the dark horse of the new generation’s rookies. They have proven to be quite a capable group, as well as distinct from the rest of their competition.

A lot of the time people cite only “savanna” as a good release even though this entire album has quite a few unique and outstanding songs. In a similar manner to Loona (who also had Jaden Jeong as their creative director), they impress with their title but excel in keeping the people interested through their b-sides.

With “OnlyOneOf You” they make a very pleasant intro into the album, although it’s not short, as most intros are, it’s really easy on the ears while also incorporating the standard electro tunes found in a lot of other K-Pop intro tracks. The singing isn’t jaw-dropping but it’s very stable and calming with an easy-going type of feeling throughout. It showcases their modern sound while also making a distinction between members with all of them singing in their preferred tone. I wish the final chorus was more outstanding, because as it is, it builds up well and then just continues in the same way as the other two did. This isn’t a giant con, but it definitely caught my attention.

As the title suggests, “Time Leap” pays homage specifically to early 2000s music, with a garage band type of sound being implemented. It is a nice homage but it also takes a lot from the original, with the song itself not feeling very unique but instead sounding dated. The rappers get more of a showcase in “Time Leap”, which is nice as their rapping is fairly good. Their attempts at unison throughout the song vary from ok to pretty bad, which could also be attributed to bad mixing but the parts weren’t very enjoyable nonetheless. I found myself nodding my head while listening, despite the many flaws, and the track having this rare retro sound also gives it points on my side.

Now this is how you debut a rookie group. You give them a title track that stands out from everything else currently on the market, and make it so that even the people listening aren’t sure what to think. The first time you listen to this song, it might sound off-tune or like it’s all over the place, but every consequent listen gives you another piece of the puzzle and lets you enjoy it more. The song perfectly showcases the savanna theme through tropical sounds, slow singing and a high-tempo beat. These three things combined, specifically with the boys solid singing in a very relaxed matter, allow me to imagine myself travelling through the savanna, admiring the tall grass and beautiful wildlife. Something that must be mentioned is how well the melody instills the feeling of serenity without boring the listener.

Recently, many groups have been doing the bloom/blossom/flowering theme and this is very similar to them. Fortunately, the rap line have time to shine again with more rapping all-around, their parts also serve as a contrast to the happy-go-lucky singing in the rest of the song. This song seems to suffer from bad mixing and too many sounds overlapping, which overloads the ears at times. The only real thing that differentiates this from other similarly themed tracks is how aggressive it is in showcasing the blossoming, this aggressiveness also ends up having a lot of screetching and lacking an actual highlight moment to enjoy.

Artistic is the main theme of this song, showing off their sexy side through artistic expression and mixing their voices with a deep bass to emphasize individual voices. Having a backing echoing synthesised melody keeps the song feeling relaxed and smooth sounding. All of their voices go well with low-tempo songs, and with their voices periodically being edited, it pulls you further into the song and its cool vibe. The arrangement of the song is pretty good as well, with it shifting the melody very nicely while also keeping their voices balanced.

Once again, the song follows its theme perfectly. The opening piano sounds beautiful, and the hushed lead-in ideally builds up the chorus. The drop itself, besides being so well timed, has the addition of a very melodic phrase sung in a way that stimulates your ears. It’s so sudden and catches the listener’s attention immediately, without having to rely specifically on an increase in volume. The theme of being fragile, and the sudden shift in sound fit so nicely with one another. Although it might seem like quite a simple thing to do, it’s quite creative and worthy of high praise. I really can’t overstate how much I enjoyed this song, definitely my favorite of the album.

If you’re interested in listening to this album, check it out on Spotify, or the dot point jump playlist on YouTube.

The album follows each of the individual tracks themes to a T. It really shows that a lot of effort was put into making these tracks. While every song may not be a masterpiece, the majority of the tracks are quite enjoyable. I have to say this album is really a hidden gem in a plethora of other albums that, a lot of the time, aren’t as colorful and flavorful as this one is.

Users Who Are Viewing This Thread (Users: 0, Guests: 2)