Announcement Please do not mark our emails as spam. (Please Read) ​
I get it that its annoying and its easier to just mark emails as spam to ignore those emails but due to this action, future users who register to our forum will have their emails marked as spam and go into their spam/junk folder, i have spent almost a year to improve our email reputation to a decent level where emails will land on inbox but recent stats show some...
Continue… Privacy Pass is a Chrome/Firefox browser extension to make browsing Cloudflare-protected websites a better experience for users. In particular, if a user IP address is designated to have a poor reputation then the user may have to solve a Cloudflare CAPTCHA page before they can gain access to such websites. Privacy Pass uses elliptic curve cryptography to generate 'anonymous' tokens after a single CAPTCHA page...
Continue…

no matter ones position on religion it is sad to see something with so much history destroyed or damaged. 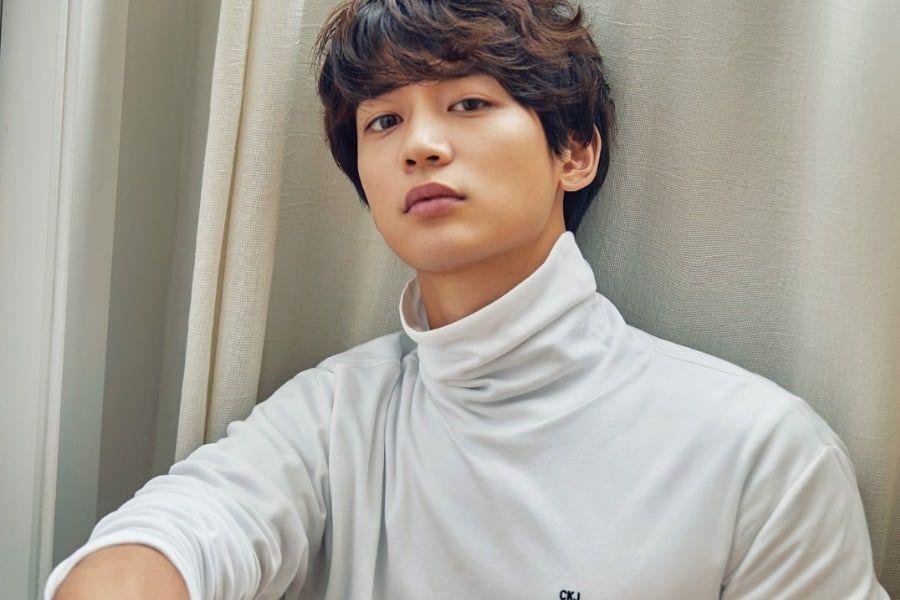 The title of his track, "I'm Home," is expected to release on March 28 at 6pm KST, and has fans delighted at the chance to hear a solo track released before the member of SHINee enlists...​
Continue…

BURNING SUN: Police books 40 as suspects of drug crimes, 9 of those for date drug crimes

Source: Police Book 40 Individuals On Drug-Related Crimes In Clubs Including Burning Sun’s CEO
(this is not exacly kpop so i thought news would be more appropriate place, if not please move to right place)

"After the Burning Sun incident, we have...
Continue…

Images have surfaced from the training regiment where Key from SHINee has recently been stationed during his basics training in the military, and it seems that this man doesn't age at all - or better yet, ages backwards!

Recently, SHINee's well-rounded member Key began his mandatory military enlistment and entered into basics training with others around his age. Shawols know...​
Continue…

BIG BANG's Seungri retires from being an idol 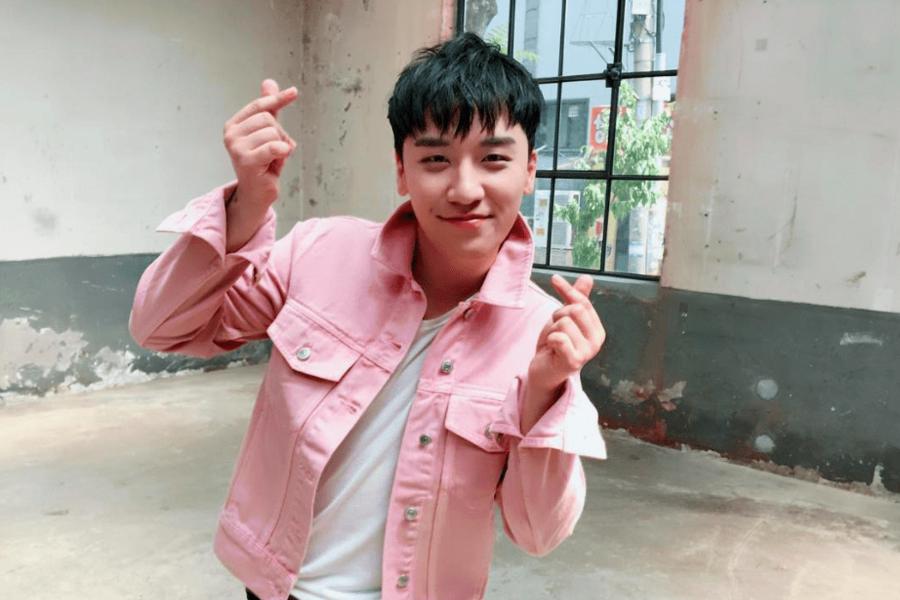 Innocent or guilty, it is no secret that BIG BANG's Seungri has been involved with scandals and charges about Burning Sun.
It is no surprise to many VIPs that the news of his retirement quickly became headlines.

Even if he was innocent, something like this is a huge hit to his reputation, and he may never be able to recover.
On March 11th, he uploaded a letter to his IG account, thanking his fans...​
Continue…

​
The first two members of MNH's new girl group have been revealed.

Songhee's visuals are next level! And Yiyeon is giving off these girl crush vibes.
Continue…
Seungri removed from Big Bang?

BIGBANG's Seungri's career unfolded with his Burning Sun scandal, taking YG down as well.
The 28 year old singer is enlisting in the military, but he can't seem to leave his problems behind.

A fan community, DC BIGBANG GALLERY has released a statement calling for Seungri's expulsion from BIG BANG, which has caused controversy.
They are calling for YG to remove Seungri after his scandal, saying he's tarnishing BIG BANG's name.

The condemning statement was, "The illegality of his...​
Continue… 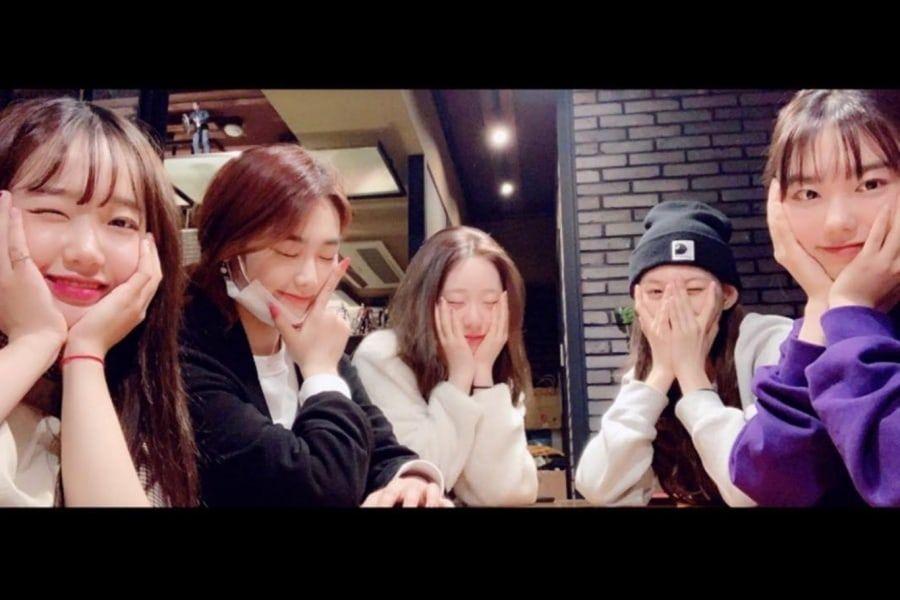 Sohye simply wrote "99's" in her sweet caption.
I.O.I formed through Produce 101, and disbanded in 2017 after a successful career.

Even though the girls have pursued...​
Continue…
BTS's Suga donated 100 million won to the Korean Pediatric Foundation!

BTS's lead rapper Min Yoongi, commonly known as Suga, just celebrated his 26th birthday!
It's known as Yoongi Day, so make sure to support him and BTS~

In honor of his birthday, the rapper with a golden heart donated 100 million won (around 90K USD) to the Korean Pediatric Foundation in the name of ARMY.
He said it was for all the love and support he had received, and also donated a special gift.

He specially designed around 320 dolls which he also donated to the foundation.
The...​
Continue…
DDU-DU DDU-DU to 700 million views!

YG kpop girl group BLACKPINK becomes the first kpop group with a song at 700 million views!
Their most recent group comeback, DDU- DU DDU-DU was an instant hit with their fandom, which paved the way to 700 million!

DDU-DU DDU-DU is seen as their key song to influence their appearance in the American market, and initiating their world tour.
An upcoming comeback is eagerly awaited by their fandom!

BLACKPINK own the record for the first single MV at 600 million, and the kpop girl...​
Continue… 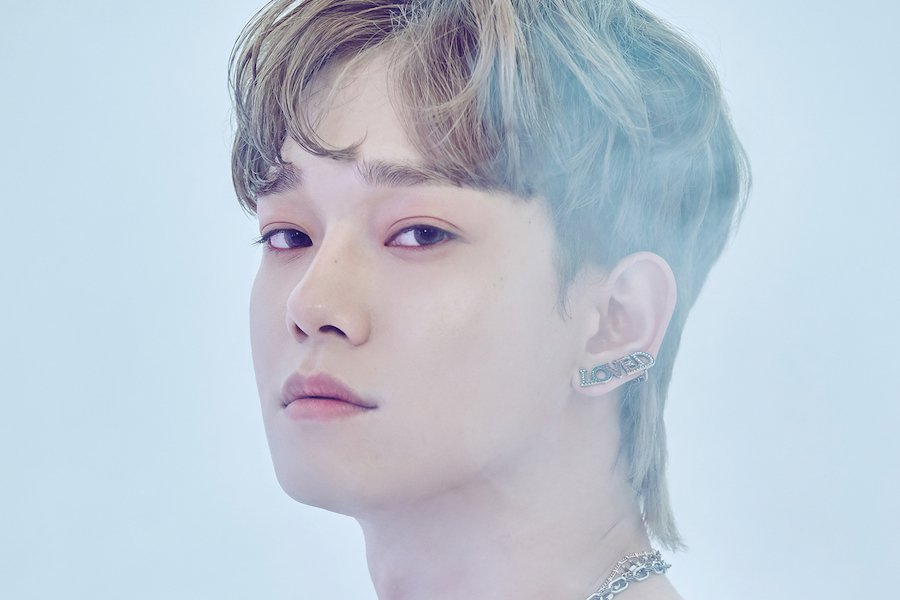 The news that many EXO-L and non-fans have been waiting for, the solo debut of one of EXO's strongest vocalists, Chen!

A home for many fandoms, of which now includes more Kpop fandoms too!

Hot Topic has long been a home for fandoms that range from classic television shows, hit new television shows, rock and roll groups, Disney and popular Anime franchises alike. Now, however, a whole new variety of fans are expected to flock to the shelves and racks of the popular store after the announcement of a merchandise deal between SMTOWN and United States-based retailer. Having...​
Continue… 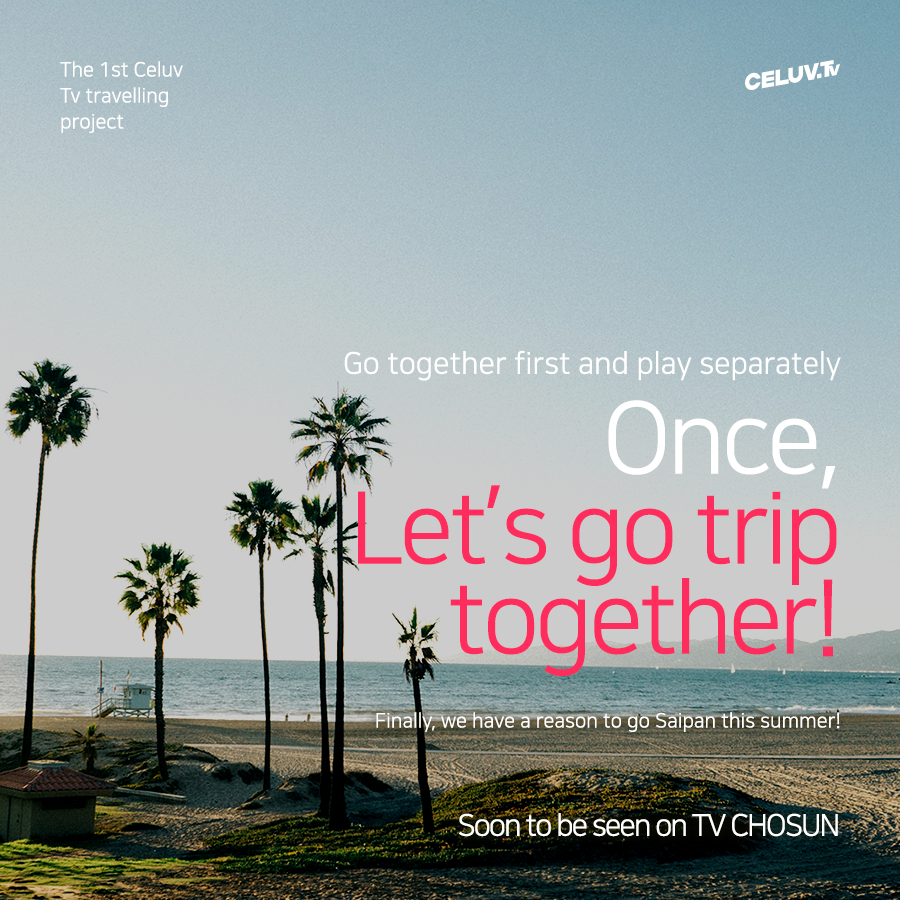 CELUV TV has been teasing a new series on their Twitter over the past few days, posting images with small facts about idols that will be featured on their original variety program, shown on TV CHOSUN.

It seems that idols that were in IOI and (likely) members of ASTRO are among the first to be teased with these images and small facts, among others. There hasn't been revealed a...​
Continue… 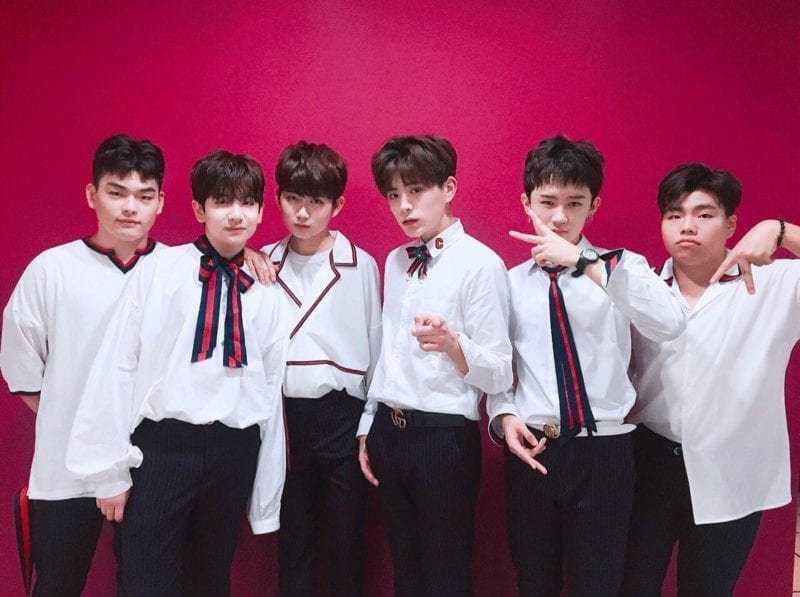 After being mistreated and abused, the South Korean boy band East Light may finally see their own light.
On March 4th, a trial for the producer, CEO, and president of Media Line Ent. was held.

They each were charged for equally horrible things, like violence, abuse, and violation of Welfare laws.
The producer, Moon Young II was charged for 31 counts of mental abuse for two of the members, and he pleaded...​
Continue… 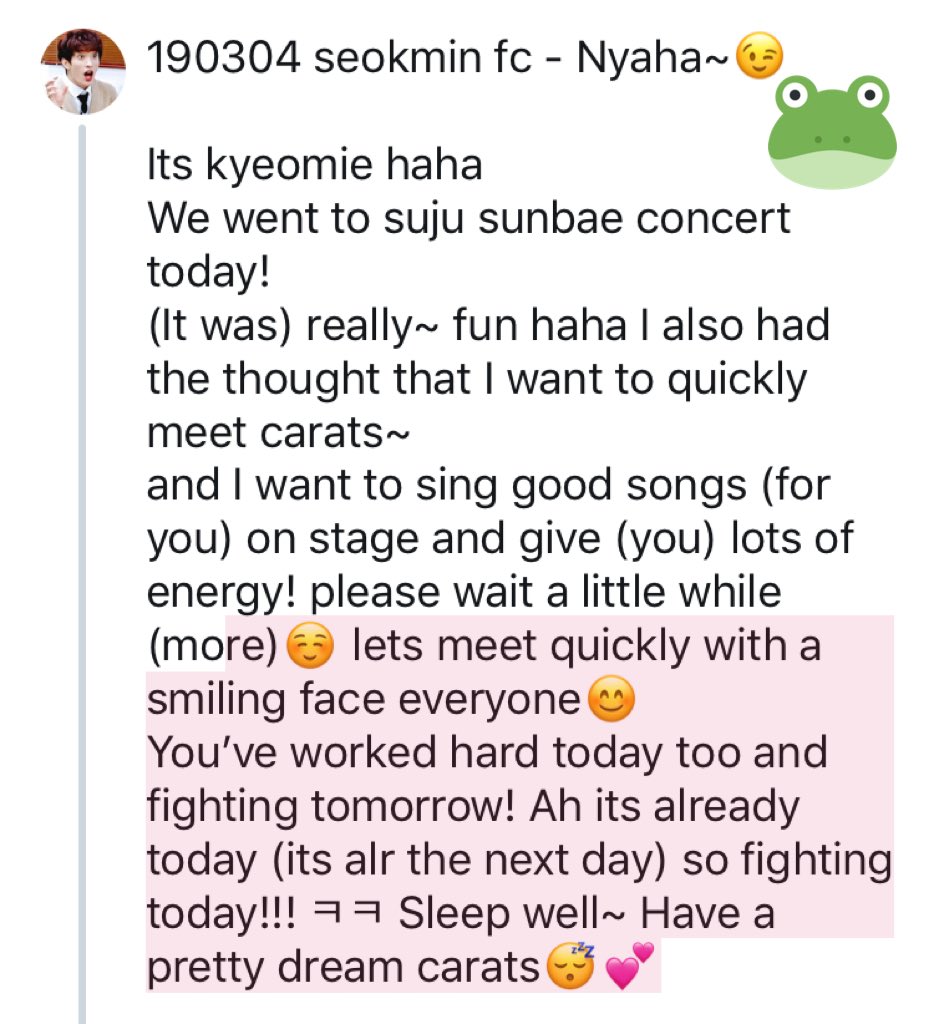 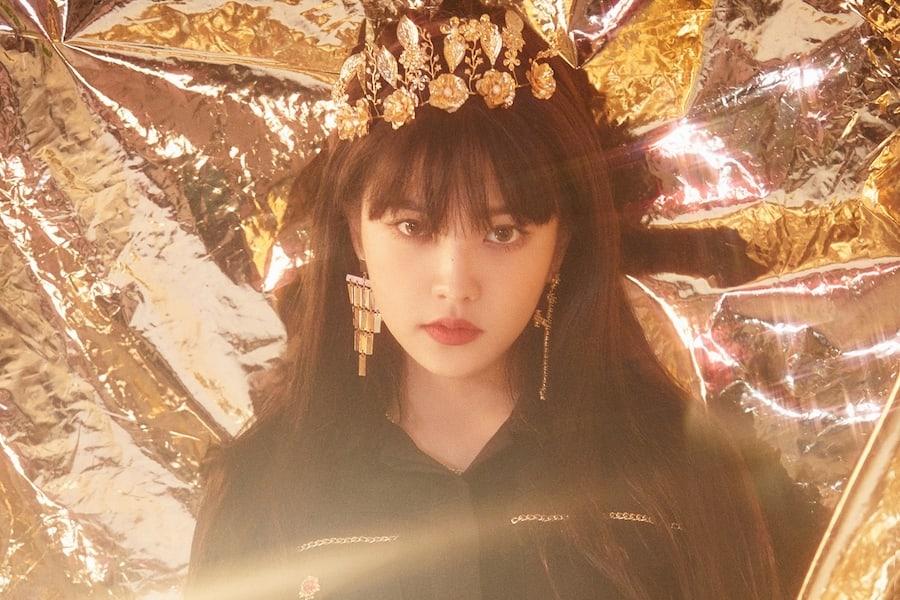 On March 4th, Red Velvet's maknae Yeri announced that she will be releasing a self-composed song!
The song "To Twenty" is set to be released on March 14th!

Red Velvet's Yeri is also turning 20 on March 5th, so this is a cute solo song that is anticipated!
Make sure to support it when it releases and wish Yeri happy birthday! 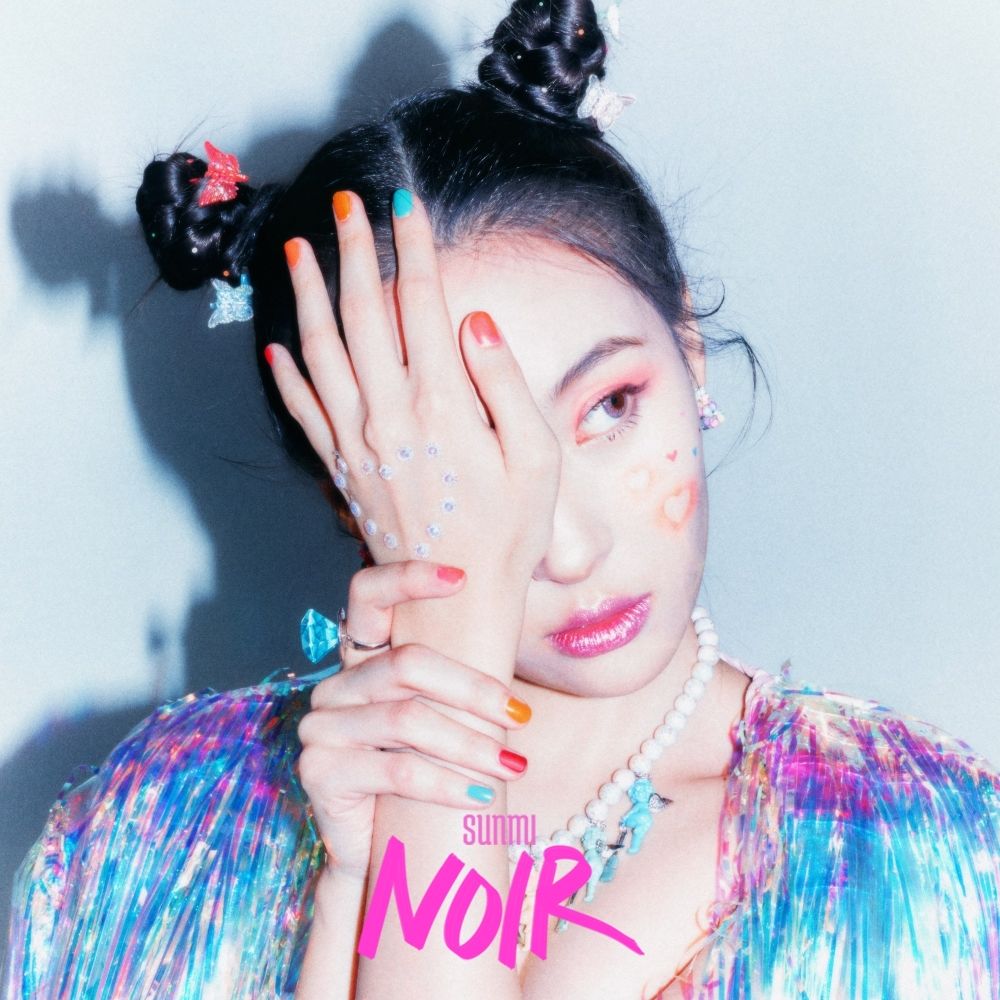 Solo artist Lee Sunmi just released her newest song, Noir, which she co-composed and wrote the lyrics for.
It's a very catchy song and is a great bop, just like her other hits.
The song has not achieved an all kill yet, but has come very close!

It reached #1 on five charts, Genie, Bugs, Naver, Mnet, and Soribada. It took the second spot on...​
Continue…

EXO's Lay and Far East Movement team up for a new song!

It's called "Love Bird," and as you can see, they are working on it currently.
Love Bird will be released on the 15th, so stay tuned for that...​
Continue…
Top Bottom